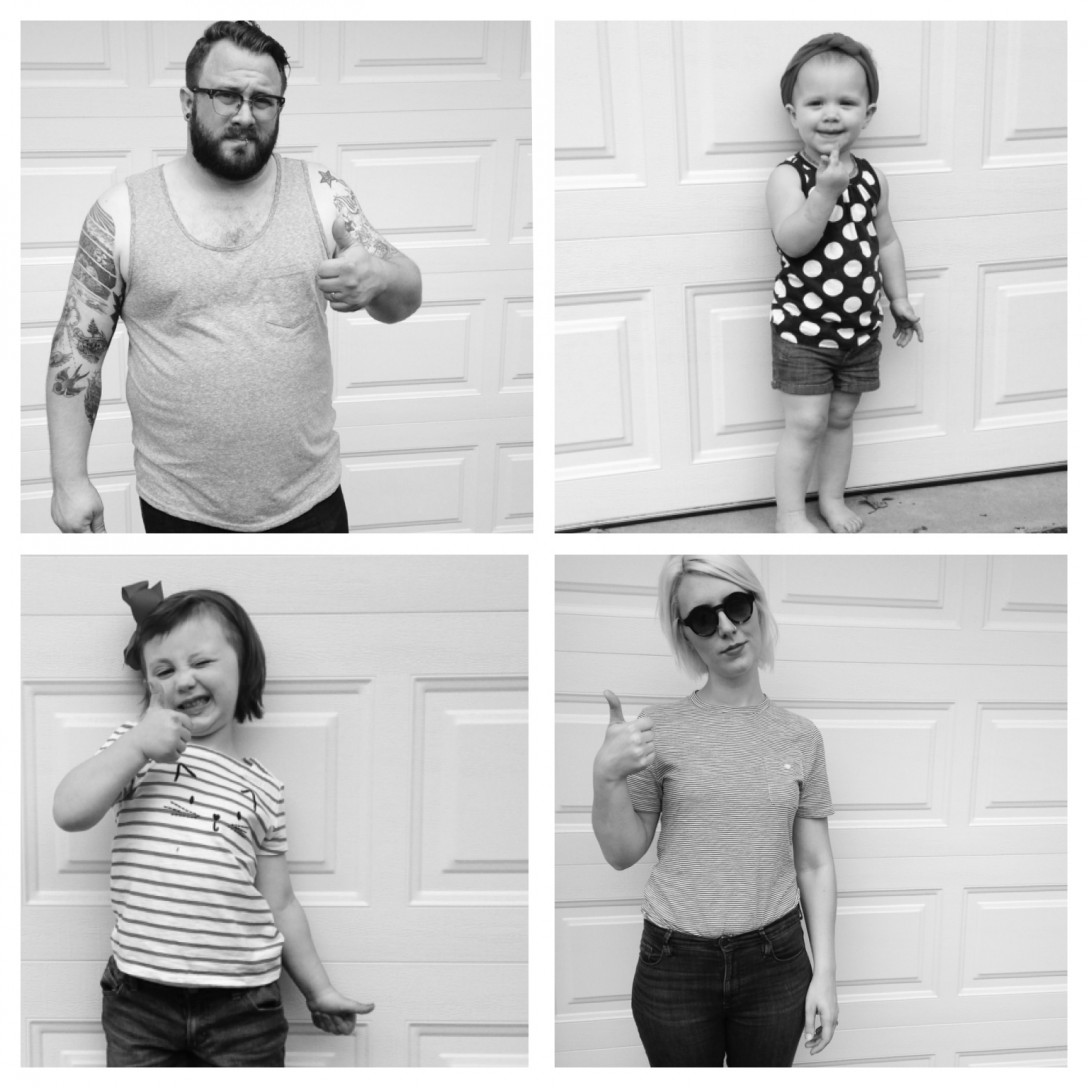 And she drew blood.

And it was traumatizing.

Probably the most for me.

I knew it was coming. Like a snarky little shadow that lingers a few feet behind Eleonore and I wherever we go, tiptoeing along is “The Possibility My Child Will Do Something Out of MY Control That Can Upset and/or Hurt Someone Else”.

If you aren’t familiar with the TPMCWDSOOMCTCUAOHSE (pronounced tee-pee-mick-wood-soom-mic-tic-wah-o-see) Monster, thank your lucky stars. It is a nasty little booger, and it will get you when you least expect it.

Perhaps I was getting too prideful. Eleonore loves other people. She loves to smile at them, and wave, and brighten their days. She is quite adorable, biased or not, it’s true.

there are these teeth that most of her peers don’t have yet, or if they do, not as many.

A woman from my father’s church said it was a sign of intelligence that she has so many teeth, probably COMPLETELY false, but at the same time, like all of you Mother’s and Father’s out there, I decided in my head, “well yeah, probably, makes sense. makes sense to me”. It’s just what you do when someone validates what you think about your child, you decide it’s true.

It had taken a little trial run a week ago, when Eleonore bit my good friend Kelly’s baby Kinley. Luckily no blood was drawn, and Kelly and Kinley both took it in stride.

The next time it went full fledged and it was poor Wolfie as Eleonore got her first taste of blood. With a little “milkies”, his blankie, and some snuggles with his Mama Deb, he was up and playing with Eleonore once again.

Deb was EXTREMELY gracious. It didn’t phase her at all. I was in awe, and shocked that I wasn’t getting yelled at, or cursed at, or thrown out by my collar.

I felt completely, and utterly, powerless.

Seeking others advice on the matter for the most part made it worse, and I went to bed feeling like my baby had major psychological issues that I had spurned on by some sort of majorly inadequate parenting technique that had been put into place by my “style” of parenting.

I didn’t sleep a lot. Visions of being “the biters” Mom kept dancing through my dreams.

The next morning, Nate, Eleonore and I were sitting on the couch laughing and playing. Nate was tickling Eleonore and we were all giggling, then he started to nibble on her ear. . .
he looked up and we had both made the connection at the same time.

He nibbles on Eleonore’s ear when they are playing, she equates this with happiness, and love, so she OBVIOUSLY WANTS TO BITE EVERYONE’S EAR.

I felt such a sense of freedom in that moment, but at the same time my heart was filled with an extreme weight of responsibility.We learn how to love. There is no question. We can’t know how to love, unless we see how to love. It’s pretty straightforward and simple.If we learn to love from those who love abusively, we abuse, if gracefully, then gracefully, if passively then passively, and the list goes on and on.

This time it will be a relatively easy fix and the TPMCWDSOOMCTCUAOHSE Monster will be thwarted by no more ear nibbles for Dad! It is not always so easy, for many children, the way they have learned to love has done irrevocable damage to themselves, and to the world around them. The vicious cycle continues, because no one gave them grace. Because no one thought fit to name them, like I talk about in this previous post.

It gets most of the other Monsters out there too.

Man is born broken. He lives by mending. The grace of God is glue.
–Eugene O’Neil

One thought on “Did I give birth to Mike Tyson’s Vampire Spawn?”